The Pros & Cons of Traditional Publishers

Because of how easy it is to publish a book in today’s electronic world, the book-selling market is overflowing with books — good, bad, and in between. The result of this glut of novels, novelettes, and memoirs, is that the reader is becoming increasingly reluctant to part with their money. Even libraries are starting to pull away from taking in anything other than those books put out by the traditional publisher because there are too many poorly written, never edited, non-book books out there now.

So, how do you get the attention of a traditional publisher? It’s not easy. In fact, it’s probably easier to win a Powerball lottery than to get your manuscript noticed by a traditional publishing house. However, your odds increase if you send a query letter, obtain an agent, know the publisher’s submission criteria, and are in no hurry (as it can take up to a year to hear back from the publisher, and, in the meantime, you shouldn’t be submitting that manuscript to any other publishing companies).

If you’re lucky enough to have a traditional publishing house accept your work, you still need to be patient because it can take up to a year or longer to have your book groomed and polished enough to be released. And for most authors (especially those who are unknown), you won’t be paid until the book begins to sell. While you hear a lot about authors being paid an advance, which is then supplemented by the royalties they earn, most new or lesser-known authors do not receive that little bundle of money — not unless the publisher believes the book will be a best seller.

Once the book is released and the money starts coming in, the publisher will divvy it up between themselves, you, and your agent (if you hired one). The average percentage to you, the hardworking author, is about 8% to 10%. After all, all that editing, layout, and book cover designing that the publisher did isn’t really free. And despite anything you might have read or heard about traditional publishing companies, most of them do little in terms of marketing your book on an individual basis, unless your book is a blockbuster best seller or your name is Stephen King. 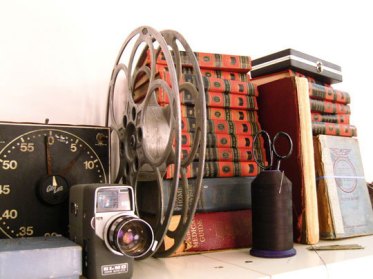 And if you sign with a traditional publisher you need to ensure what formats you give them the rights to publish in (paper, ebook, audio, or film). If you retain all the rights to film adaptations, then you don’t have to split the money with the publisher.

However, giving the publisher the audio book and ebook rights to your book can be good and bad. It’s good in that they’ll have to spend the time and energy converting the book into the proper formats for all the different ebook platforms, and they’ll have to pay the expenses for turning it into an audio book, which can be costly. However, with them in control of these platforms, it makes it difficult (if not unlikely) that you will be able to run any type of sale on your book without going through the publisher’s red tape. (Sometimes, running a sale is helpful just prior to making a public appearance and public appearances sell books.)

[The Next in This Series: The Pros and Cons of Self-Publishers]

An author, writer, photographer, and fellow life traveler who offers her wit, wisdom, and stories with others who share her path, if even for a moment.
View all posts by TA Sullivan →
This entry was posted in book, writing and tagged #amreading, #amwriting, #writers, #WritingCommunity, ta sullivan, TA Sullivan author, Tas Readings, tasinator, tdgallery. Bookmark the permalink.